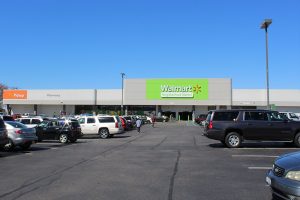 The Walmart Neighborhood Market just off Hempstead Turnpike in Levittown is one of the busiest of such stores in America. It’s actually so packed day-in and day-out that Walmart executives chose it to be an industry leader.

In late April, Walmart officially launched its Intelligent Retail Lab, right in the heart of Levittown. The store, which features more than 30,000 products and employs about 100 locals, now has technology unlike any other. It features dozens of cameras above each aisle that utilizes artificial intelligence (AI). This intelligence is created by computers to alert workers when products are about to run out.

If a product or two in the same section of the store is about to run out, store associates will be alerted, rather than having them wander about to figure out what’s missing and what’s not. This speeds up the process for everyone involved and creates a shopping experience unlike any other.

“This store is Walmart’s investment in AI retail,” Mike Hanrahan, CEO of Walmart’s Intelligent Retail Lab, said during a tour of the store’s new look. “It’s probably best thought of as an AI factory, a place where Walmart will build, discover and learn about how we can use artificial intelligence in our stores. There are a lot of cameras in here.”

Hanrahan spearheaded this project, along with the rest of Walmart’s innovation team at Store No. 8 in Silicon Valley, throughout the last two years. The goal is to implement technology to make the shopping experience more efficient, meaning there will be fewer empty shelves and products galore.

“What we do with our technology is we’re making sure it’s a great system,” Hanrahan, who joined Walmart after its acquisition of Jet.com about two years ago, said. “The computer behind these cameras is sending a signal to say this is almost empty. That doesn’t mean an associate will come and fill it. If that was the case, we’ll send them all over.

“We send the signals to our systems and they’re sophisticated already with scheduling and tasks to do next. The AI system will make a determination of when is the best time to have an associate bring out more produce. It might wait for two products to fill up so they don’t waste time.”

Thus far, the reaction is exactly what Walmart was looking for. Employees are happy, and so are consumers.

“The customer service is amazing,” Luther Corley, a frequent shopper in the Levittown store, said. “It would take a couple of days before to get aisles filled. Now, they get filled quickly. It’s fantastic. Everything we need is right in front of us. It’s beautiful.”

Throughout the store, Walmart is attempting to be as transparent as possible. The company wants shoppers to understand what they are doing and most importantly, why.

On the far left of the store, one can see massive computers behind glass, just underneath a series of colorful neon circles. That technology, Hanrahan said, is what makes this so special.

“This is the brains of the operation,” he said.

The Levittown store is the second-largest in the nation. Hanrahan explained that whatever happens in this store, the retailer can spread it across America. Eventually, they will begin to scale down the technology at smaller stores, making it simpler and more efficient to enhance the experience.

“Obviously, you can’t put all of this in all stores,” Hanrahan said. “How do you miniaturize it? When there’s a gap, it sends a signal. These cameras are practical for all stores. The box camera takes a photograph every two minutes. We can put that to scale and it won’t be expensive. While we do that, we can tackle different projects. It’s really interesting.”

The Levittown store is considered to be a lab, so if there are mistakes or people feel the shopping experience can be improved, the executives are all for it. Walmart wants consumer feedback, attempting to make life a little bit easier for everyone involved.

Since it’s a lab, Walmart wants to work with the local school districts to educate children about the practical use of artificial intelligence.

Hanrahan said: “Our goal with the space is to bring groups here from—say local schools—to talk to them about what we’re doing, what the space is, how we’re using this technology and how it’s for the force of good.” 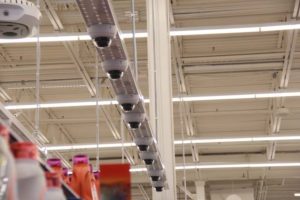 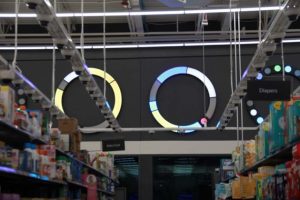 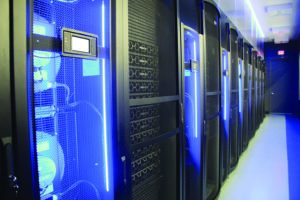